Facilities belonging to any of our military branches world-wide, offer our enemies significant targets for both real and political victories. Inflicting even the smallest amount of damage on the organized military forces of the United States is viewed as a victory in certain parts of the world. Because of this fact, military assets must present superior physical obstacles against hostile actions. Throwing large numbers of personnel at the problem is not feasible in the long term. Technology provides a better and, going forward, a more cost-efficient means of protecting our military assets. Perimeter security for these assets will continue to rely on the defense-in-depth philosophy (previously discussed under the nuclear heading) in which concentric security barriers and buffer zones both aid detection of a breach and delay an attack. This allows time for a sufficiently equipped response force to react to the threat. The most effective and reliable intrusion detection systems use multiple technologies to increase the probability of early detection under a broad range of conditions. 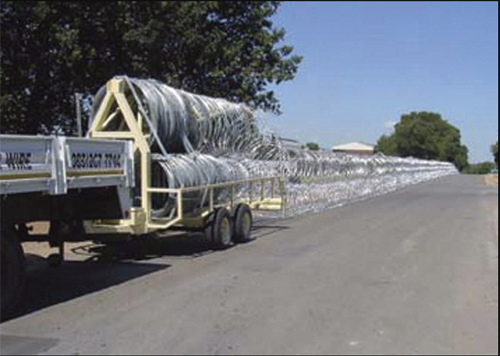 When the United States Navy wanted to modernize the video surveillance equipment at one of their facilities, they chose to reach-out once again to SafeguardsTechnology because the existing system, installed by Safeguards a number of years earlier, had served beyond expectations. Safeguards removed the old cameras and the software that controlled them and upgraded the entire system with a state-of-the-art, multi-channel video analytics system. The camera(s) positioned around the facility process the original captured video and transmits the results through the network as ultralow bandwidth data packets.

This virtual management software, which can run anywhere on the network, processes agent output packets and generates meaningful events based on rules defined by the user. As part of the total scope of the project, Safeguards Technologyprovided a full documentation set and both user and maintenance training to the Navy’s personnel. 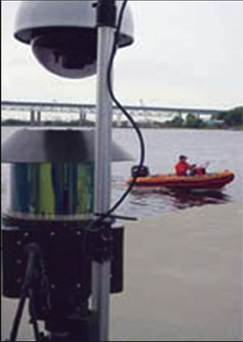 During the course of Safeguards’ history, we have provided perimeter security solutions for 7 U.S. Army facilities, and 19 U.S. Air Force installations. In recent years, the United States Air force allocated the installation of gate access solutions for one of their residential bases in the Midwestern United States to Safeguards Technology LLC. Key components of this project were the Area Laser Sensor(ALS®) and Video Analytics provided by the application of PTZ Cameras and a Control Center at the point-of-entry guard stations surrounding the base perimeter. 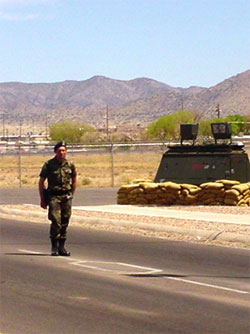